#DiscoveringWrestling #005 – The Arrogant Atheist Speaks: An interview with Dalton Bragg

This past week I had the opportunity to do a quick interview session with Dalton Bragg, the bombastic American wrestler who had the unique honour of being the first ever MKW Champion, to better understand who he is and what the Chinese wrestling scene is truly like, from a competitor’s perspective. His answers were sometimes brazen, showing Bragg truly lives up to his moniker as The Arrogant Atheist, but were also informative and enlightening.

NC: Why compete in China? What drove your decision to compete in such a “fresh” territory?

DB: After I was unfairly ousted from Mid-South Wrestling Alliance in Oklahoma, I decided to reflect on my career. I had wrestled in various states, spreading the good word of atheism and demonstrating what wrestling truly looks like… But something was missing. I was never able to reach the top of a promotion. I wasn’t receiving the recognition I knew I deserved. So Dalton Bragg decided to go to one of the only places in the world that hadn’t been exposed to wrestling. A place that would appreciate and not demonize an atheist. Dalton Bragg went to China to establish professional wrestling where no other wrestler or promotion had ever been able to. I decided China would be the best place to refocus my career and wrestling style to see what works in the eyes of people who have no experience with wrestling. It was a chance for me to evolve my wrestling style… So that when I return to the US, I will be unique and unpredictable. 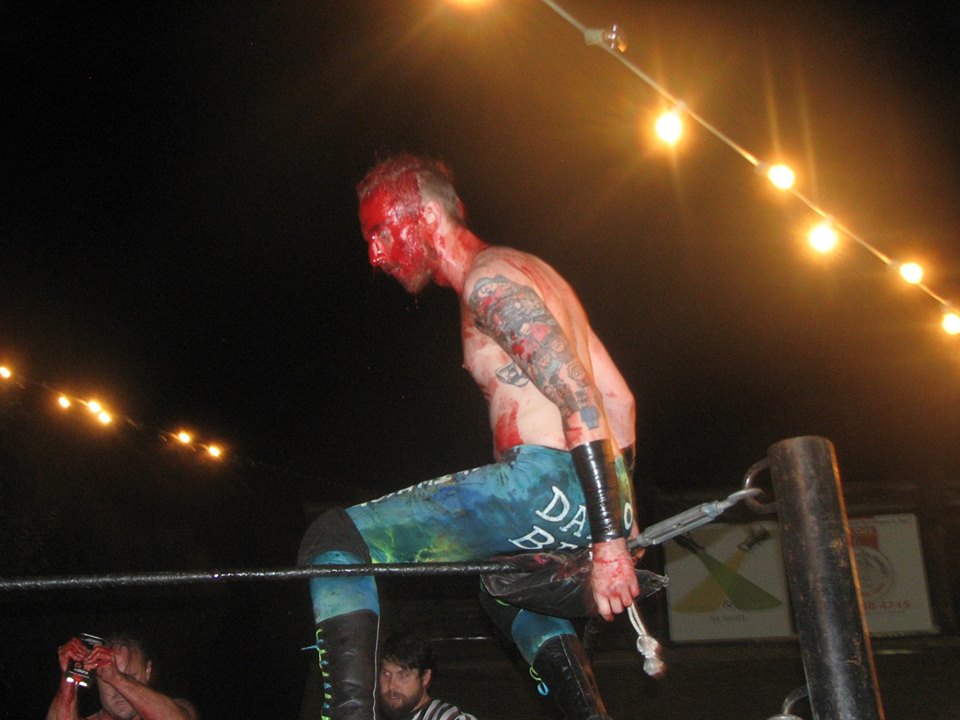 How would you rate this on the Muta-Meter?

NC: What does it mean to you to be the first ever Middle Kingdom Wrestling champion?

DB: Being the first ever MKW Champion is a long overdue acknowledgment of my greatness. For too long I have been overlooked and under appreciated. Becoming MKW Champion was an inevitability, and it’s no surprise that my reign has lasted well over 500 days. 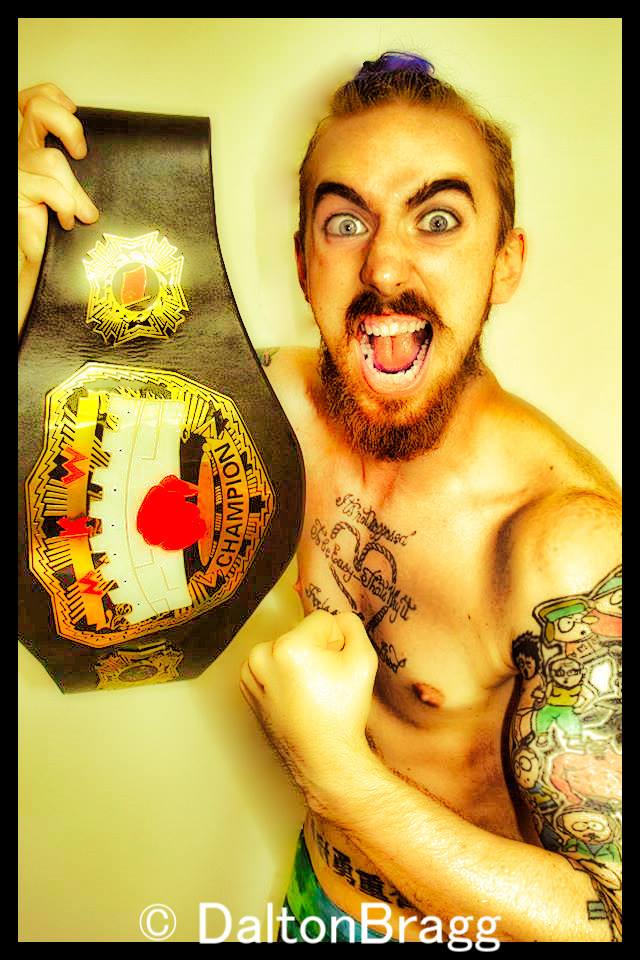 NC: Do you change your style drastically in China versus in America?

DB: The entire purpose of going to China was to evolve my style. It was difficult to adjust to the new style of competition Chinese wrestlers offered. But it certainly made me a better wrestler. Being able to adjust to different styles, different levels of talent is an important skill in this business and it’s one I mastered in my time in China. 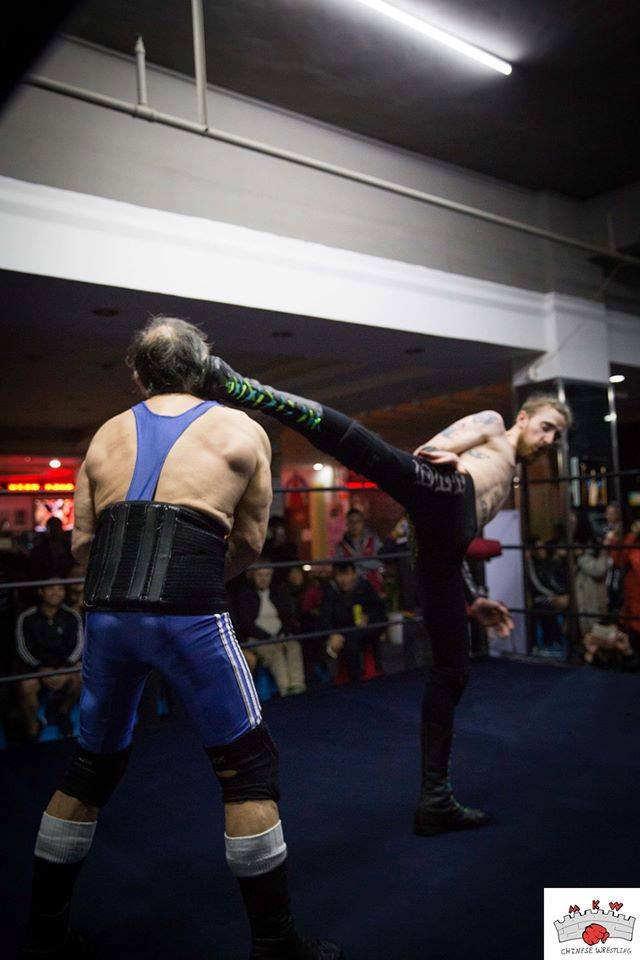 NC: What made you want to be a Pro-Wrestler?

DB: There was no one moment that made me want to be a wrestler. I was born to do it. This business shaped and molded me. I don’t even remember my past life. The first day I stepped into a ring was the day Dalton Bragg was born. I live for this industry and for better or worse, wrestling is what I am until I die. Being a wrestler is not a matter of “want” to me… It’s simply all I am.

NC: Cagematch.net lists on their bio for you that you were trained in part by Jerry Lynn and Mick Foley, is that true? What was the most important lesson each man taught you?

Also, for the record: Mick Foley is one of the nicest people you will ever meet in the pro-wrestling business.

NC: What stands out to you in regards to how a Chinese audience engages with Pro-Wrestling?

DB: As I mentioned, the Chinese are very new to wrestling. They were often confused by it but always impressed. I put a lot of work into connecting with that audience and showing them how to be a part of the show. In wrestling, the audience is very much a living aspect of what we do and the Chinese audience is like a baby learning to walk and talk. They’re learning when to high five the wrestlers, and how to interact with the show. 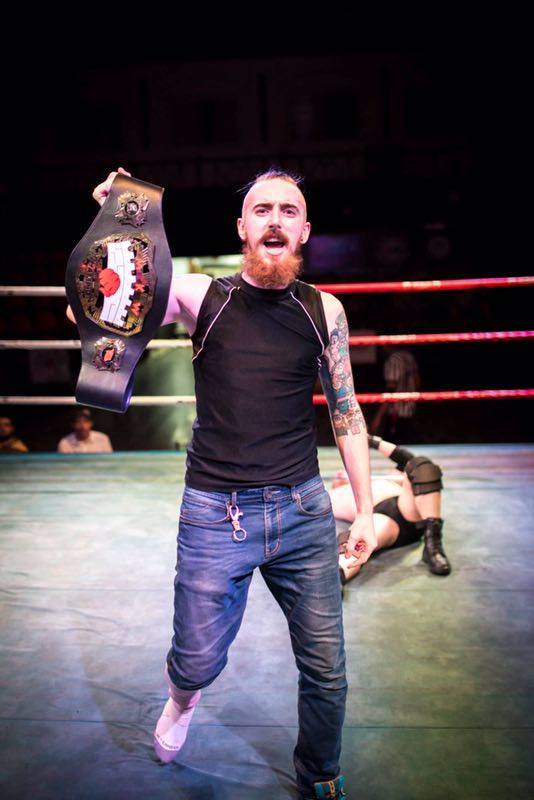 They say he’s cocky, but does he back it up?

NC: What stands out to you in regards to how Chinese Pro-Wrestlers approach Pro-Wrestling?

DB: This is easy. With the exception of only one Chinese wrestler in all of China, Chinese wrestlers are nothing more than fans, putting on stretchy pants and pretending to be wrestlers. They are inexperienced and have this false sense of professionalism. The worst example is The Slam. He is a self-trained moron who would be considered nothing more than a “yarder” in the states. Buying a title belt online doesn’t make you a champion. Coming out to Goldberg’s music doesn’t make you Goldberg. And just because you have a ring, doesn’t mean you know how to wrestle. Other Chinese wrestlers are inexperienced and have a long way to go. I worry about them because many of them are not being trained by an adequate instructor. The only Chinese wrestler worthy of being called a pro-wrestler is The Selfie King, Hong Wan. That kid is young and a bit inexperienced, but he gets the business. If he sticks with it, he will be great. It was a true honor to share a ring with him.

NC: What is your favourite match from your time in China so far?

DB: Obviously my favorite match is the moment I became the first ever MKW Champion. I will forever be etched in Chinese history as the man who beat 3 men in two days, overcame an insane man dislocating my elbow moments before my title match, defeating a fresh opponent who hadn’t wrestled in the same tournament… And still finding a way to achieve my first major championship. Not to mention my place in world history as a member of the first ever pro wrestling match to be filmed in virtual reality. Dalton Bragg vs Voodoo will always mean a lot to me.

NC: What do you see as the future of Pro-Wrestling in China?

DB: The Chinese wrestling scene starts and ends with MKW. It will go as far as promoter Adrian Gomez is willing to take it. They still have a lot of work they need to do like most promotions… but I think they have a good group of guys and a good vision. Hopefully Adrian is better able to utilize the skills of those around him in the future. If he can delegate and give up some of his control over certain aspects of MKW, I think MKW will flourish and I’m confident he will be more successful than any of the rival “promotions” trying to run in China. That being said, I don’t know that wrestling will ever take off in the same way it has in America or Mexico or Japan. I don’t think the culture will accept it the same way. But that doesn’t mean it isn’t profitable or worth pursuing.

NC: Why do you think that the Chinese won’t take to Pro-Wrestling to the same degree that Japan, Mexico, and America have?

DB: I think the Japanese, Mexican and American scenes were cultivated from decades of building up a high quality product that became a major aspect of the local culture. The Chinese wrestling scene won’t have decades before the WWE monopolizes the product in the country and makes competition and growth impossible. Wrestling will only be as big as WWE decided it will be in China. Chinese fans demand a certain amount of perfection in their entertainment… And other products won’t be able to compare to the WWE’s production value. Chinese fans won’t tolerate an inferior product and won’t give other promotions a chance to develop.

To elaborate on what I said about the Chinese audience demanding perfection, I mean that they appreciate the look over the substance. A Chinese audience will be more impressed with the high quality production that the WWE brings, with proper venues, a beautiful ring, beautiful people, bright lights, huge pyrotechnics, etc… than they will [be] with the high quality wrestling you can find in the US, Japan and/or Mexico. A Chinese audience wouldn’t even know to be impressed with a 630 splash because they didn’t grow up watching the sport evolve from a time when scoop slams and suplex[es] were impressive finishers. But they will certainly know enough to recognize a mistake… And in my experience, the Chinese culture isn’t as forgiving of mistakes when it comes to entertainment.

NC: What do you want your legacy in Chinese Pro-Wrestling to be?

DB: I think it’s obvious what my legacy is. Dalton Bragg will always be remembered in Chinese lore as the man who brought pro wrestling to the people of China. Before I went to China, there was no attention being given to that country. Then I help MKW get some attention, and before you know it, the WWE is swooping in and trying to monopolize the industry there. If you think it’s coincidence that they waited until there was an upstart promotion showing promise, you’re an idiot. I will take credit for wherever Pro-Wrestling goes in China. 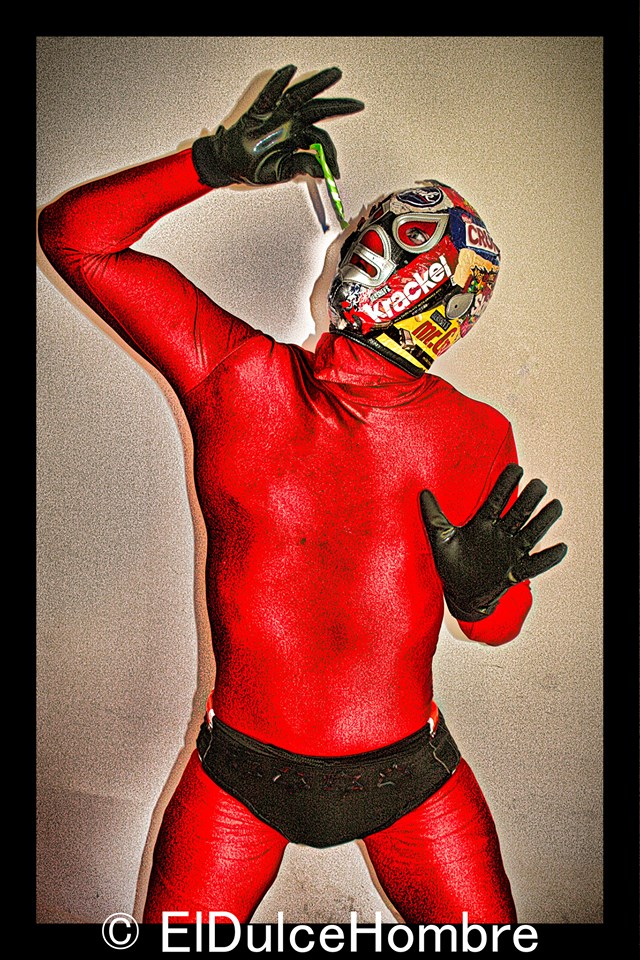 What am I looking at?

NC: When will we see Dalton Bragg versus El Dulce Hombre?

DB: I discovered El Dulce Hombre [, known as Candy Brother in MKW,] in Oklahoma and I’ve worked to get him booked wherever I go to help him get noticed. But until he starts winning some matches, we can’t pretend he’s on my level. He has promise, and fans love him… But at the end of the day we all know who the better worker is.

Thank you for reading this and don’t forget to ask questions, bookmark this page, and follow me on Twitter, and FaceBook, to make certain you are always #DiscoveringWrestling