Last Monday I laid out that there has been a heavy impact felt by several vocal  Professional Wrestling promotions (and likely many more  who have not voiced their woes) with regards to YouTube’s shifting stance on what is, and what is not, advertising friendly content. Companies like Beyond Wrestling, WCPW, and WWR have all seen their advertisement income through the platform decimated, reduced to one tenth or less of what it had been. Each company impacted by this solemn decree from high atop Mount YouTube, that Professional Wrestling, in its entirety, is heretical and antithetical to advertisers, is coping with the blow to their bottom line in different ways. WCPW has been forced to scale back, cancelling their weekly Loaded show, Beyond is resting, somewhat comfortably, on its diversified income streams, while WWR faces an indefinite hiatus if paid sales of content don’t pan out in the immediate future. 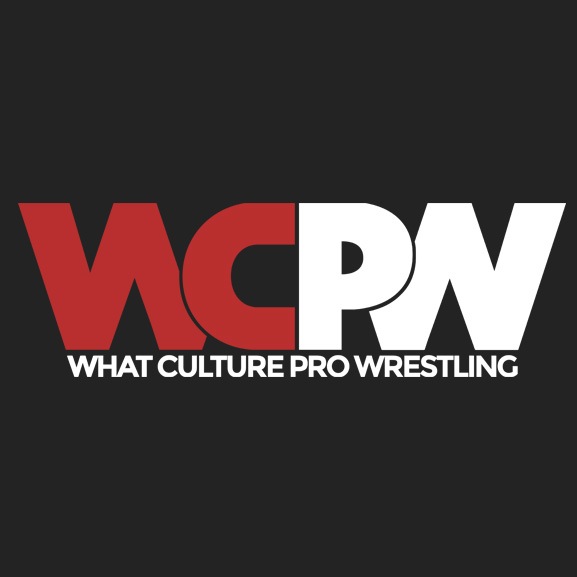 With the scene set, I left the last article on the idea that there were two paths forward at this critical juncture in the Internet-Age of Pro-Wrestling: Adaptation and Confrontation. So let’s look a little at what these two paths would entail, and what opportunities and pitfalls they each might hold for those companies faced with choosing their own adventure.

Herein we will define “adaptation” as the need for companies to diversify and/or strengthen their non-YouTube revenue streams to turn the tide against this loss of income. Now, we can safely assume that, if shows are being cancelled and operations potentially indefinitely suspended, the revenue earned from ticket sales for shows and merch alone is insufficient to cover the various operating costs. The natural assumption would then be to ask “Why not just raise ticket and merch prices?” Well, unfortunately there’s only so much that prices can be raised before you turn off your fan base . This could happen either because they cannot afford to move up to whatever price point you deem necessary to survival, or because they determine that the cost-to-fun ratio isn’t worth it anymore, or they expect that with increased cost comes increased quality of venue, production value, talent et al., not simply maintaining the status quo.

So, while I could see an approximate five to ten dollar increase across the board not driving away fans in stampeding droves, anything greater than that would likely fail to garner you any serious benefits – and even that small increase, with the additional taxes that would have to be paid on them, may turn out to be entirely ineffective.

One could attempt to increase ones profit margins through increased volume of merchandise sales, but for indie companies this can prove to be a difficult, uphill climb. Only a few major companies, such as the WWE, NJPW, ROH, and Impact, can afford to take production and distribution and paying of owed royalties out of the hands of the performers on their shows. This leaves indie promotions to compete for merchandise sales at their shows with the regular talent and special guest attractions. Most often, from my many, many, many years of attending independent shows, those in attendance will purchase far more merchandise directly from the wrestlers than from the promotion. The reasons for this are multitudinous, and not worth exploring in their entirety here for the sake of this article.

There are a few ways that promotions could grow their merchandise sales without having to take on the burden of production, and fronting costs, for performer merchandise or, worse, raise the ire of fan and wrestler alike by banning sales by any parties other than themselves at their events. They could hire top tier graphic designers to produce merchandise that is more visually appealing than that of the talent they bring in, and I can say that great designs have made me buy shirts for brands that I wasn’t a huge fan of before. But designs in and of themselves will not accomplish enough of an increase, on their own. What drives revenue to wrestlers tables, more than to the promotions’ merch, is that people like to support things they are excited to see. The company itself, and not just the people who perform there, has to be seen as a destination, an entity in and of itself, to breed brand loyalty.

Considering the nature of Professional Wrestling in 2017, with most talent working many promotions in a given area, and the speed at which major players are scooping up independent talent to bolster their rosters, making your promotion have an identity, and not relying exclusively on local star talent or special attractions to drive sales, is a key to survival. Creating brand loyalty, instead of being a place where people go to see some big names when they come through town, is crucial. Now, the brands in question here – WCPW, Beyond Wrestling, WWR – are not exactly your standard local indie promotion and have, relatively speaking, entrenched fandoms. Likely this issue wouldn’t be as much of a problem for them as it would be for one of those other companies I posited as hypotheticals earlier.

I feel ill-equipped to advice companies on how to create that crucial identity, that peculiar mixture of characteristics, that will work to generate brand loyalty. There are too many factors to take into account, most of them directly and explicitly unique to the locality a company operates in. This is where you, as a promoter, would have to do some research, learn what your local audience likes, what will click with people who identify with your territory, and tap into the collective regional zeitgeist. This mixture will be wildly different from one audience to the next, with multiple promotions capable of running overlapping geographical space and still having their own full-fledge and hardcore non-overlapping fan base.  I think Smash Wrestling have done a wonderful job of this for Toronto, and I’d love to pick the brains of the men behind the branding – let’s see if I can arrange that for down the line.

So then, if you’re already at a point where you’ve crafted your brand’s identity, and your fandom is loyal and willing to spend money on your merchandise, and you’re still feeling the hit like a bulldozer in this lost revenue, what options are there left? Many companies are turning to digital streaming services, either independently like Chikara and Smash have done, following the WWE’s model, or through platforms like Fite TV, FloSlam and Powerbomb.TV that all offer multiple companies’ shows housed under one roof. To the hardcore fans these are great options for keeping up to date with your company’s content, but the problem here is that the marketplace is brutally crowded, with dozens of companies having dedicated services as well as boatloads of companies having YouTube channels that give away content for free. It is very easy to look at all of these different places vying for your money and become overwhelmed with the sea of choice. Even if you assume that your local indy fan doesn’t want to be subscribed to the WWE’s network, that still places you in direct competition with NJPW, DDT, Stardom, Chikara, Smash, Progress, and others who all have potentially more visibility.

So crafting brand loyalty would certainly help to engage your loyal fans in making a choice towards your service, but a few hundred or a thousand subscribers may not be enough to patch up the lost revenue, when you consider the additional costs that would be associated with it. It certainly helps to shore up your war chest, but if one match previously returned to you thousands of dollars in YouTube revenue and now is giving you scant more than forty bucks, you’re looking at a gulf that may not be patchable on your current fandom…

Is, then, growing your fan base the only solution? Obviously every wrestling promotion should have its sights set  on bringing more eyes to their product and bringing new people into the overall Pro-Wrestling fandom. Yet, realistically speaking, I generally see the same sets of people at the local indy shows month-in and month-out. Reaching beyond your core hardcore audience and attracting new people to Professional Wrestling seems to be the hardest hurdle. Realistically even the E fails to do this in this day and age, and they offer the most flash, bang, and pop in production values and big spectacle shows. There’s clearly a missing component, here. I’m not enough of a businessman, prophet, or savant to be able to answer the questions raised here, about how to grow the popularity of Professional Wrestling beyond its current bounds to the heights it once achieved, and has the potential to exceed, or how to best monetize your existing fans without driving them away. Maybe in the future I’ll come to a point where I have investigated the industry and the fans enough to be of more help. But there’s still another option left…

But another possibility exists, as mentioned above in that video. A cryptic possibility tied tightly with the newly crowned Fighting Back show, which apes the YouTube logo to make its intent clear. A campaign, they call it, will be launched to try and counteract this loss of revenue. Likely this will be aimed at YouTube changing its advertising and monetization guidelines to reinstate Pro-Wrestling as a friendly place to advertise. Hell, the WWE shills Rocket League and Slim Jims (okay, I’ve dated myself with one of those references). But what form the campaign will take, and what impact it will have, leaves much to the imagination.

From my personal experience with the Indivisible crowd funding campaign, and knowing the large social media presence the WhatCulture boys have, a Thunderclap or other similar mass broadcasting message service would seem a logical direction to take this in. Make your noise loud, make it with as many voices as possible, and worst of all for YouTube, make it fucking #trend. Depending upon their choice of words, and the specific platform they use to approach this topic, it wouldn’t be a far cry to see many other Pro-Wrestling companies, and genre appropriate YouTube personalities, enlist their own fan bases to expand the efficacy of this proposed campaign. I can see how I would go about this, were I in their position. We’ll have to wait and see what moves they make. I’d hate to lose such potential after such little time.

In the meantime, however, after WCPW’s cryptic messages, Pro-Wrestling fans across social media have mobilised. Presently there is a petition, launched by Heelbook on Change.org, calling for a reversal of YouTube’s declarations concerning Pro-Wrestling. This petition picks up on the concerns voiced by Adam Blampied in WCPW’s video from last week and runs with it, mentioning Beyond Wrestling, as I have, and adding some new names to the list of those affected. This petition has caught they eye of one Will Ospreay who retweeted it, and is approximately 7000 signatures away from its 25000 signee goal. Whether or not this number of people will make a difference in the eyes of YouTube or just be inconsequential is beyond my grasp, but it is obvious that fans and brands seem to have chosen to fight this rather than strive for those intangibles associated with adaptation. It will be interesting, over the coming months, to see how this plays out.

Do you have any feedback or questions? Please leave a comment here.