Just this past week Middle Kingdom Wrestling released their latest episode to YouTube, continuing their efforts to get Chinese Pro-Wrestling on the map.This episode featured surprisingly improved commentary, with excitement at the in-ring action from their English-language commentator sounding genuine, and a bare minimum number of plugs to their various websites cluttering up the commentary. However, somehow, between the last episode and this one, filmed at the same event, the camera work got worse. Unfortunately, the camera work draws even more attention to how miniscule the crowd is at this event, which counteracts all the efforts of the announcer to make these people sound like “can’t-miss” superstars. 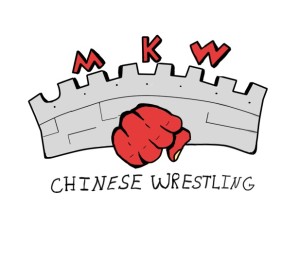 As MKW’s roster is limited, and the WrestleStar III event was a cross-promotional event, we have even more guest talent appearing here. Humungus is from World Underground Wrestling, Eurasian Dragon from Singapore Pro Wrestling, Malkeet Brawler and Maxim Risky from Wrestle Square, and Hayden Zenith from Kingdom Wrestling Federation. Admittedly, even though not always of incredibly high quality, I found all of the performers here at least entertaining. The promo package from Humungus is actually kind of hilarious, and he has a good look with all of his tattoos, but I don’t think his hilarity is intentional.

A really basic heel vs face style tag team match. Big Sam plays the “heel enforcer” role well by trying to get an early advantage off of a pre-match powerbomb. As the biggest man in the match, and likely the most experienced, a lot of what is good here does fall on his shoulders. His military Press looks great when the rest of the men in the match are easily half his size.

The Malkeet Brawler early on nails a nice looking snap suplex on Black Mamba, but not all of the Indian team’s moves look as fluid. In fact, neither team performs distinctly better than the other and they put on a slow paced match that doesn’t quite get me revved.

Victory comes for Big Sam and Black Mamba when Mamba gets the pinfall victory off of a “big splash” on his opponent who was just choke slammed by Big Sam. I hope this was done for comedy, as the splash looked weak and boring in a day and age when men of Black Mamba’s size are flipping around all over the place.

This match barely even happens, and yet you can tell by what little action there is that both Humungus and Eurasian Dragon are less green than the majority of competitors on the MKW shows.It looked to have a bit of potential heading in, and Eurasian Dragon looked mostly good except for his no-height drop kick and final pinning predicament.

It’s a short, sloppy affair with a lot of personality where Eurasian Dragon comes out on top with the world’s slowest magistral cradle.

This match opens with some decent chain wrestling, presenting the most crisp action seen on this Thailand card. They both move fast and are confident and fluid in their performance. They even work a good transition from a submission move to a pinning predicament into their match, showing that these two are genuinely a cut above in experience and skill.

This being said, however, the action gets disjointed a bit after a dropkick in the ring ropes. The ring they are using is a Muay Thai ring and the ropes are not tightened as one would usually see in Pro-Wrestling events. They look hard to work with and seem to cause problems with making the spots work as the performers had intended. All fluidity vanishes in an awkward series of moves ending in The Slam being tossed to the entrance ramp.

The Slam is actually really fun to watch. I’ve said it before, and I’ll probably keep saying it: The Slam is like a slightly doughy Junior Heavyweight Chinese version of Goldberg. He explodes around the ring. He has the most experience in actual years of all the Chinese wrestlers, but I wonder if some further excursions to North America or Japan would clear up some of his flaws?

As the match builds to a close the quality is marred by a weirdly botched Jackhammer by The Slam on Hayden Zenith, that may have been Zenith’s fault, while Dalton Bragg does a run-in to check on a downed referee. This botch wouldn’t have been half as noticeable if they had only used one camera angle, but they decided to instant replay it and provide commentary highlighting it…

Match ends when Hayden Zenith wins over The Slam after Dalton Bragg nails the founding father of Chinese Pro-Wrestling with his granny cane and reveals his injury to be a sham.

Have you been to any wrestling shows in unexpected places? Do you have any comments or questions? Please leave your feedback here!